I bought this tablet down with the idea of using it as a GPS in your car. I was impressed with the build quality and hardware. 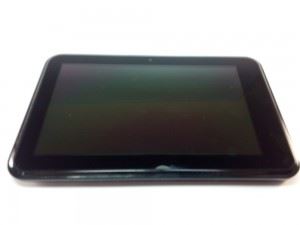 It is, actually, of a Phablet, IE, a tablet phone. The Freelander PD20 can make calls using one of its two chips YES, In addition to access the 3 g and serve as traditional tablet. 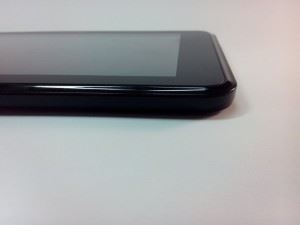 The construction is quite robust, great for use in the car. On the side we have mini-USB charger input, HDMI & headphone output. 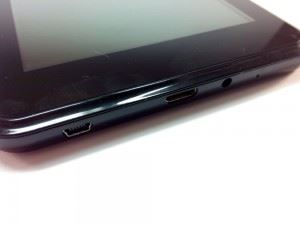 At the top we have the most impressive of this tablet: not only is there built-in support for 3 g as there is also room for two SIM cards. As with any Android, only one of the carriers works in 3 g while the other stays with the 2 g. You must Select it on the screen “mobile networks” the configuration.

One idea is to place a chip to make calls, It can even be a prepaid, and the other that can be any internet service, as those who sell with modems. I use a Live 3 g chip and TIM prepaid. 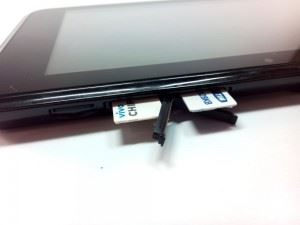 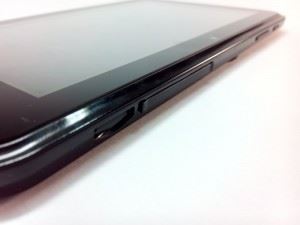 On the back we have the speaker, that is not very good, a reset hole and the rear camera of 2Mpixels. There is also a front camera of same value. You can use the video call! 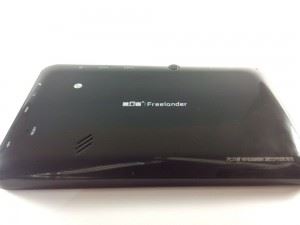 Even more striking is the presence of analog TV. Not that is useable, After all analog TV sucks! 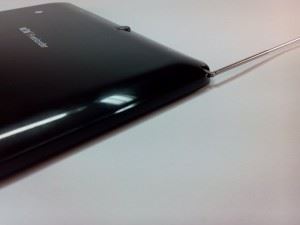 This is the lock screen. Below the status of Live networks and Tim that I put on this phone-tablet. 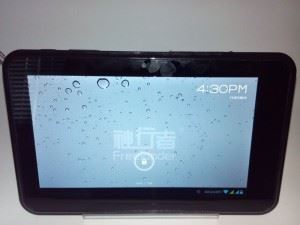 The interface is the standard of Android 4.0 ICS. I found the icons too small and in the future should I change the DPI. Inside the car is hard to click this icons so small. 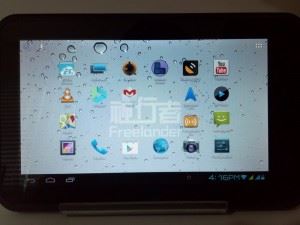 The tablet is a 1.2 GHz single core, But despite having hardware specifications módicas I must say that everything works nicely. Programs open fast and nothing falls short to the new dual/quad core. Point to the manufacturer Freelander I heard build a lean and functional Android version. 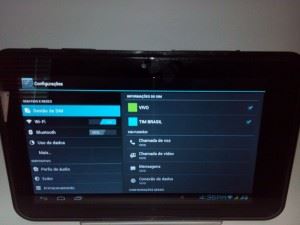 WiFi performance is impressive. I got access to my network even in the Play of my building, five floors down from my router. I've been getting a lot of networks to more that should be nearby buildings. The good reception remember my WiFi antenna for PC. 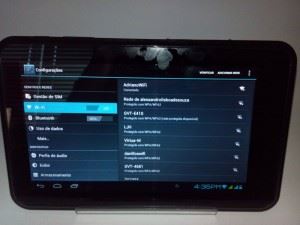 This is the Dialer interface. Here's a tip, This interface will originally open in portrait format (Standing). To force it into landscape you must use a program called Rotation Control, which can be downloaded at the Market. 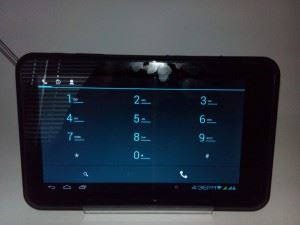 In the image below the tablet-phone is dialing, which automatically enables the speakerphone. The speaker is not very good, but there are other good options how to use the FM transmitter, headphones or Bluetooth. 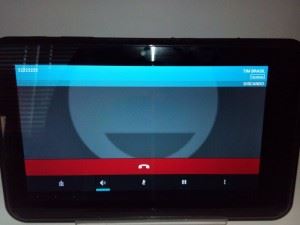 The Market works great. As fast as on my tablets and phones dual/quad core. I cannot help but emphasize how good is this firmware. 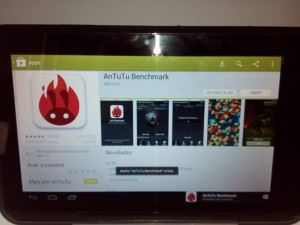 The AnTuTu of 3535 It's a good score for a tablet-phone single core. I don't expect even play any 3D game in the car while I drive. 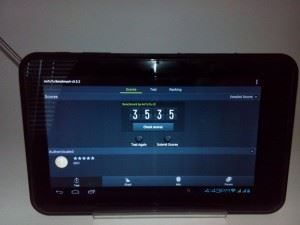 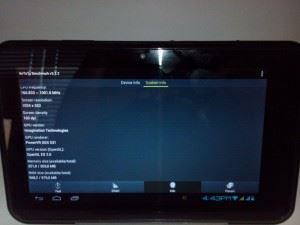 Camera specifications shown on the screen below: 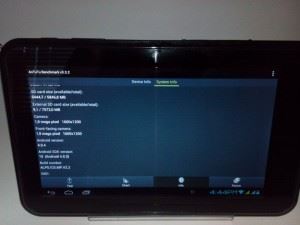 It's usually pretty hard to buy a tablet with 3 g, and still another with two SIM and you can make calls using any of them. Below, in details, the WiFi network connected and both phone networks with maximum signal. 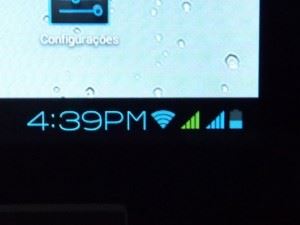 Below we have the operation of camera, that doesn't sound very useful in the car. An unfortunate blemish shown in this photo is to be very reflective screen. A problem for use in sunny or strongly illuminated. Maybe a LCD screen protector matte solve this misfortune. 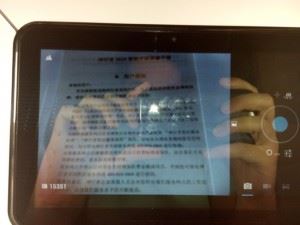 After some time I managed to make the analog TV work reasonably. Logical that, for that, you will need to be very close to the transmitting antenna as I am here in Tijuca-RJ. 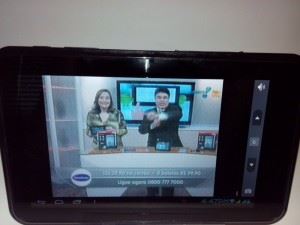 Interesting is also that, If there is a good sign, to UHF will get! 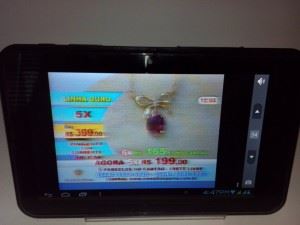 Below, in details, the connection to the 3 g network HSDPA operator Alive. H is not supported, Although I find the very small difference in the face of lack of quality of mobile internet operators. 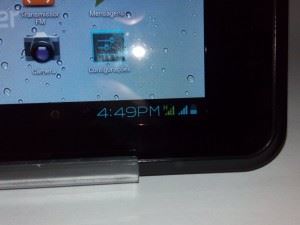 For me the most interesting thing is the access to Google Maps using A-GPS and EPO to speed up GPS positioning enough. You can use, including, the online system's own Google transit. Too bad the system to find way of Google Maps is not very good, which leads me to believe that it is better to download another GPS Navigator in the Market. 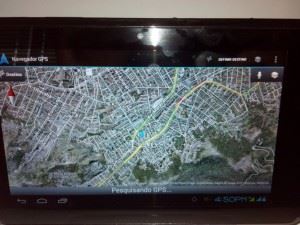 The speaker of the tablet is not very good, but a great option is to use the FM transmitter device and send the audio to your car radio without the need for wires. In this photo, for example, the audio of the tablet will be broadcast on FM and to receive it simply tune your car radio on frequency of 100.1 MHz. 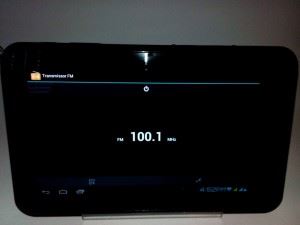 This is, without doubt, the best tablet I've ever bought in China. I surely will find brand tablets Freelander in the future, because they are apparently very good. Who has interest in buying let below links of various tablets trusted Banggood store on Freelander. Pity that currently the FreeLander PD20 3 g, object of this review, is sold out.