Who likes a phone model of good brand will not be disappointed with the Motorola Atrix MB860. 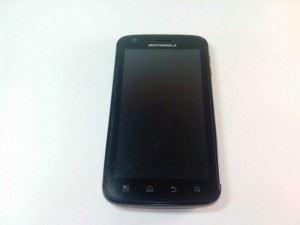 This is a phone with a 1 GHz Dual Core CPU, 1GB of RAM and GPU GeForce. All this on a screen 4 inch Gorilla Glass (those that don't scratch). 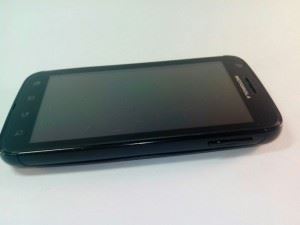 Compared to my phone Jiayu G3, the Atrix loses only in screen size and resolution (4 inches and 540p against 4.5 inches and 720 p from the G3), In addition to a front-facing camera a little lower than (5M pixels against 8 m pixels from the G3).

An advantage over the G3 is the HDMI output (shown in the photo), that allows you to connect the phone to a tv or monitor using This adapter. Can, in this way, use the Android to watch movies or play games on the big screen. 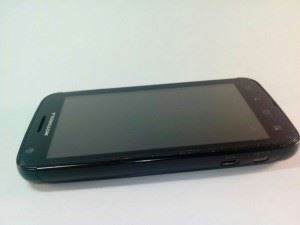 The back has a fingerprint reader that allows you to unlock the phone just passing the finger. You can register more than one finger so that you can unlock with either hand. 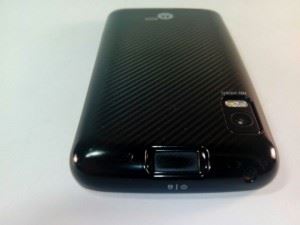 The Flash is much better and more potent than the G3. This can compensate for the fact that the camera resolution be just 5 m pixels. 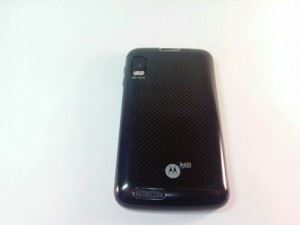 What I found was the fact that Android is still the 2.3.6. It seems that it is possible to upgrade it to the Jelly Bean, but not via conventional Motorola update. That's a shame, because it was expected of a big manufacturer with a update system better than found in Chinese models. 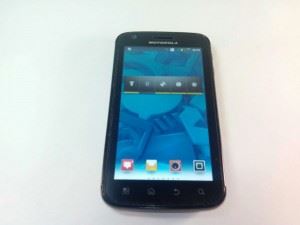 Despite this the “Home” the Android 2.3 It was slightly modified and the appearance is nice. 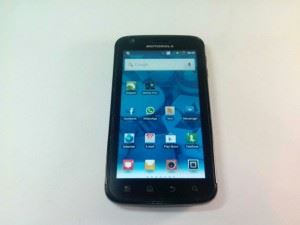 The programs are accessible on this screen when clicking on the icon top right of the “Home”. Typical of any Android. 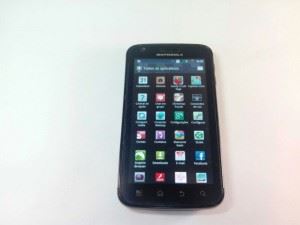 It was strange this settings screen with white background. Most manufacturers are setting up the Android to use black background now. 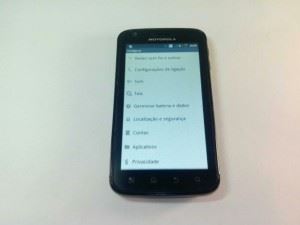 Something quite interesting is the fact that you see a version of the software paid for Swype, that allows writing sliding finger over the keyboard. I also use this App on my phone. 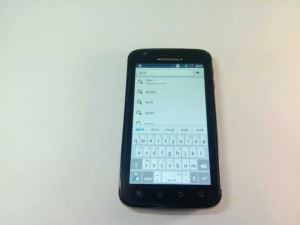 Facebook, Instagram and other software for Android work normally. Even so, I think it would be a good upgrade at least for Android 4.0. 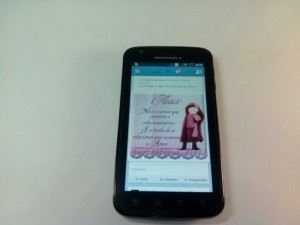 In the photo below the cell characteristics: Android 2.3.6. 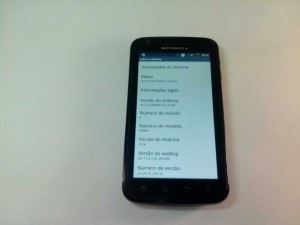 I did a benchmark using the AnTuTu: 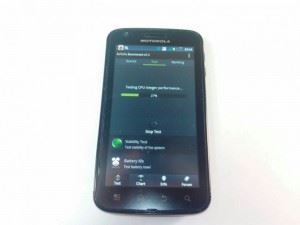 And the result was 5732. A good value: enough to run most Android games, Although not very well the youngest. 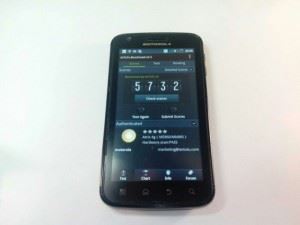 System information we find the DPI, the clock of the CPU and GPU type: 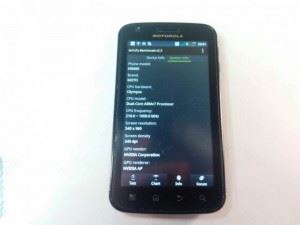 One of the defects of this phone is the battery life, that is only 1800mAh. With this capability the duration will be approximately one day of moderate use, or even less with using WiFi or games. 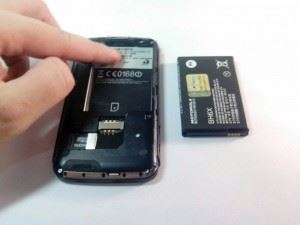 It's a good phone, and with relatively low price, in the range of 200 U.S. dollars (no taxes). In Brazil we find the Atrix debloqueado between R$800 and R$1000, What is a good price for the hardware.

My criticism is the fact that the Android version is out of date too much, and there seems to be no simple way to update. Clicking update, cell configurations, the software indicates that there are no updates available. A shame, I expected more from a phone like this tag.

Battery life is the most serious problem. Be no cell phones at the end of the day just for using a little bit of internet via WiFi is unacceptable. Maybe a good idea is to buy an extended battery, These thicker that comes with a rear cover more fatty. This battery 3500mAh extended from DealExtreme You can take a gas in this phone.

Anyone interested in more information I leave the link to purchase the Atrix in DealExtreme and WallMart of Brazil, as well as a list of accessories for this phone found on the Web at DealExtreme: