Present to you the Galaxy S2 lite i9070, a good phone for I compare with my Chinese. Let's do a brief review of the device: 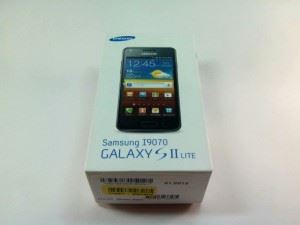 Before that, a warning: There are two Galaxy S2! One of them is the lite version that show this text, cheapest, with single core processor and lower resolution, and the other is the full version with dual core processor and larger screen. If you want to see the differences between the two follow this link. 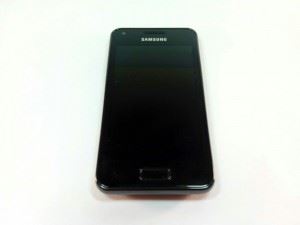 I really liked the S2 lite! Is a very strong construction, with a good functionality and a great processor. All this for a price lower than the full S2 version. The price varies between 700 to 900 real, unlocked, without plans or loyalty of carriers. 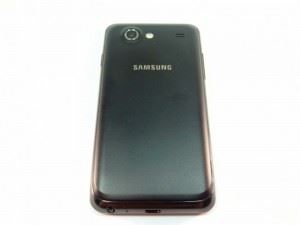 The rear camera of 5 mega pixels (1.3M pixels front camera) It's pretty good and has a very strong flash. Lose nothing for the Chinese models or for other brands. 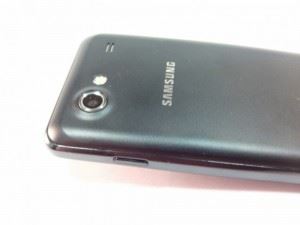 The side buttons have a great position and design. That certainly counts points in relation to generic Chinese models. 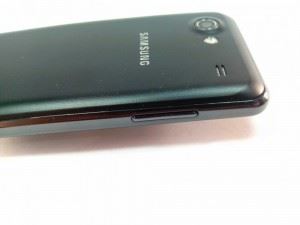 A terrible flaw is the operating system, that's still android 2.3. There are several applications on the market that do not work on an android so old, and it is a pity that samsung does not make official upgrade. In the community there are roms for android 4.0 and 4.1, but without the help from the manufacturer I think problematic do the update. Samsung is still promising, but I don't know if you're going to do, an update for android 4.1 Jelly Bean to both smartphones S2.

Something very annoying lock screen is this symbol of TIM. Why carriers do that? Why bother users with logos, seals and custom boot screens? 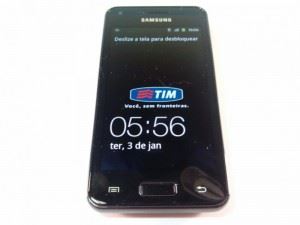 Although android is the 2.3, the average user doesn't understand major differences because the interface is very similar to the new android. The message and phone buttons are at the bottom and icons of applications distributed across five screens deslizáveis. 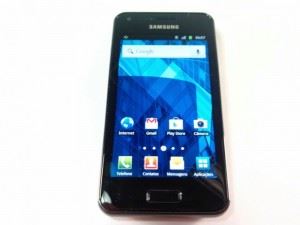 By clicking applications, on the bottom right, We have a list of what is already installed. Unlike Chinese models doesn't come anything useful. 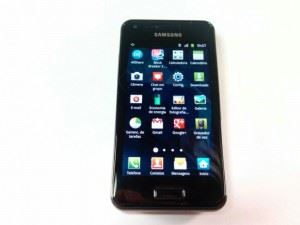 The Setup screen follows the traditional design of android 2.3, the only difference is the color of the typical icons of the cell phones from Samsung. 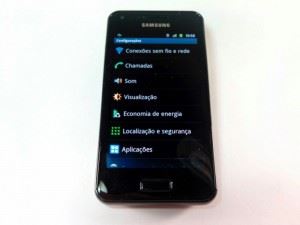 To improve battery performance the Samsung created a power management module integrated in android Kernel. Very interesting, too bad you decided to put on my cell battery only 1500mAh. Should have invested more in higher power/energy model. 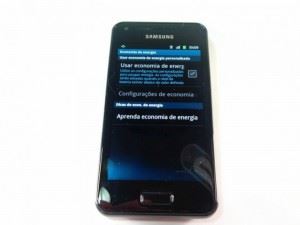 There is also, integrated into the kernel, a motion detection system to change the music from media player and other configurable purposes. This is a module of Samsung, It is not common to androids. 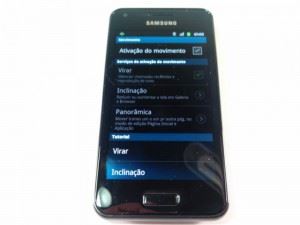 As I had commented, the camera is quite good. Including the flash. The front-facing camera also works well and allows video connections, Since the operator support. 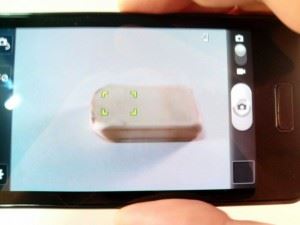 Look at how good the front camera… the phone that you see on the display of Samsung cell phone is the Jiayu G3 I use to take all the photos of the blog! 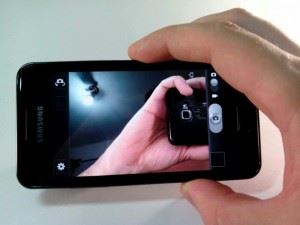 A wonderful choice of Samsung is that all S2 lite comes with a free copy of Swype program, that is pretty cool and allows you to slide your finger across the virtual keyboard on the screen to enter. I have this application paid for my phone and use enough. You can write a lot faster with the Swype than with the conventional keyboard android/iphone. 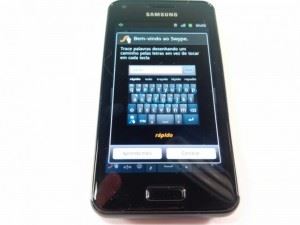 The Market normally works. Look at the picture where I'm downloading and installing the AnTuTu benchmarking. 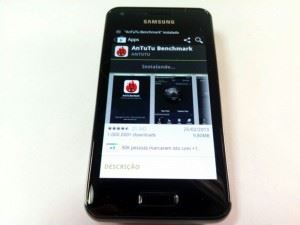 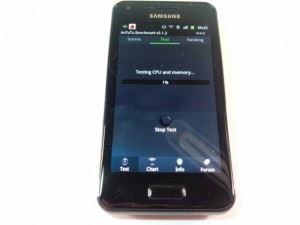 It turns out, in the picture below, the S2 lite has a good 3d processor. This animation runs near 43 FPS. 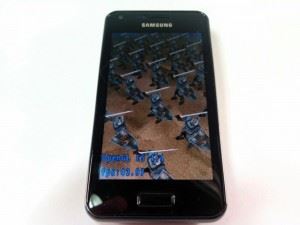 A score of 5140, shown below, It's pretty good for a cell phone only a processor core. Let's remember that there are differences between the benchmark of android 2.3 and 4.0/4.1 and that the resolution of the s2 is just 800×480. 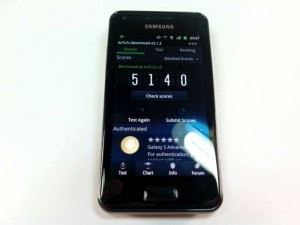 Accessories we have a source, a micro USB cable, a pretty good headphones and four silicone protections to the headset. Really liked it. 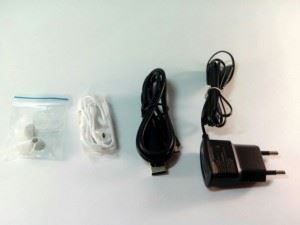 As a conclusion, I was just unhappy with the price and the fact that there is no Gorilla Glass. I haven't tried scratch the screen to test, but the impression is that there is no anti-arranhão protection common in Samsung phones more expensive. Even so, is a great phone.

If you don't want to buy a Chinese phone, Samsung's phones are the best option. Don't think, However, you won't notice those typical android jacksonvan. They are there, somewhat mitigated, but are present.

The price is that is too salty: 700 to 900 real are about 400 dollars which would allow almost buy two Jiayu G3 dual core with Gorilla Glass and HD resolution. A comparison between the phones on the way, because I took pictures of both side by side to talk about the differences, advantages and disadvantages in the clash between the Chinese and the Chinese brand generic. Stand by!

Those interested in buying or learn more about the samsung galaxy S2 lite i9070 can follow the links below: