This is a video game similar to the PSP screen 5 inch running Android. The idea is to be able to play emulators and other games with physical buttons, which is much better than using the touchscreen. 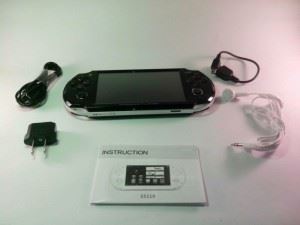 The physical construction is quite good, Although not as much as the PSP. Certainly are the best buds I have ever seen in a Chinese device. 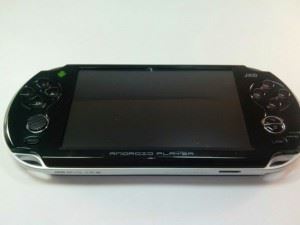 At the bottom we have a microSD card that will be very important, Since the device has only 2 GB internal. ROMs emulators occupy enough space. 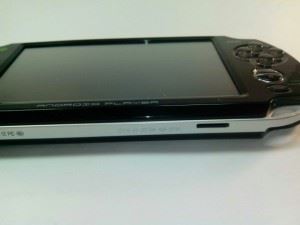 At the top we have a bunch of connectors and buttons: HDMI output, composite output to TV, headphone, reset, USB for charging and data access. In addition to the volume and power buttons. 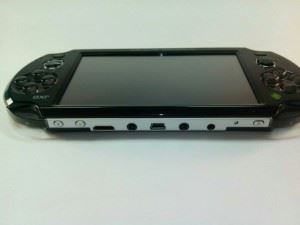 At left we have an analog, that's a little harsh and difficult to use, the select button and a pretty good D-pad. 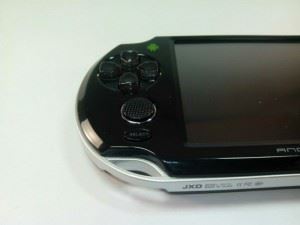 On the right-hand side we have command buttons in the style of the PSP, a back button, and start menu. The top of the video game also has L and R buttons common in many video games. 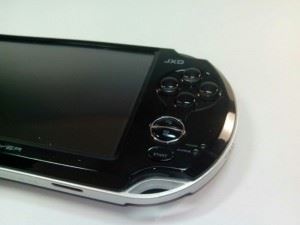 Android is the ICS 4.01. Actually, There is a firmware problem on this model. From time to time the icons disappear, or any other problem that forces you to do a firmware restore (leave link to the firmware there underneath the text). I did it a lot of times. To avoid any problem of firmware try not to install any “Home” or other software that modifies the interface. Just running emulators you shouldn't cause problems. 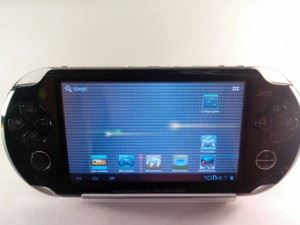 Speaking of problems, one of them is the touchscreen that is unlike most resistive tablets and phones that today has capacitive operation. This is one of the best resistive touchscreens I've ever seen, working fine even in games like Angry Birds and Fruit Ninja, Although not have logically the same sensitivity of a capacitive model.

The good part of the videogame are the emulators, which in my opinion are better than those available in the market. This below is the Mame interface for Android, Although all native SX5110 emulators have the same interface. 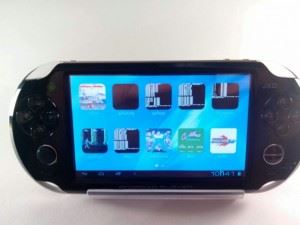 I played Street Fighter II for a long time and the response of the controls is perfect. 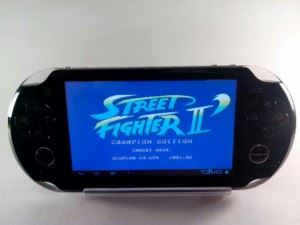 I found the D-pad is a little uncomfortable with extended use, but nothing that impede the gameplay. 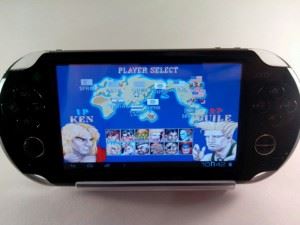 Cadillacs and Dinousaurs (like most CPS-1 and CPS-2) also run perfectly. 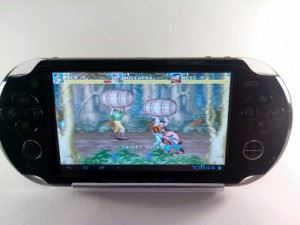 As you will playing the interface will saving a screenshot for you to find faster the games you like best. Below the interface on the mega drive emulator. 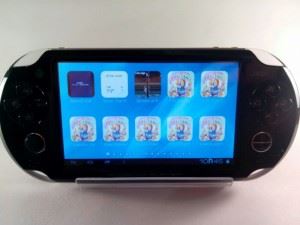 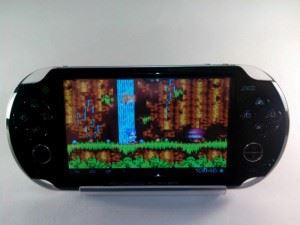 Play Nintendo 64 It is also pretty cool in JXD S5110. The emulation is not perfect, but it's pretty good. 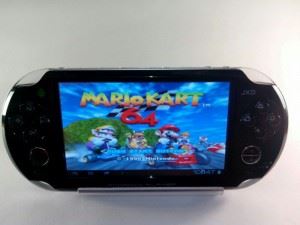 See in detail the screenshot taken automatically by the interface to identify the game: 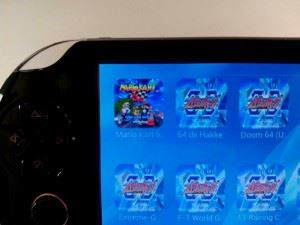 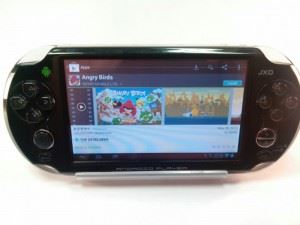 The AnTuTu is only 3582, IE, I don't imagine that will run the newer 3d games. But for the emulators you can spend. 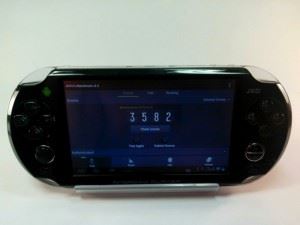 See the video I made with the videogame playing Sonic games and Streets of Rage III (MegaDrive), Cadillacs & Dinosaurs and Street Fighter 2 (MAME):

It's a good video games and also a tablet of 5 inches. Certainly a great option for old games on a portable system. The firmware leaves something to be desired, crashes a lot and sometimes I just leave the option to reinstall android again (via backup and restore default settings). The touchscreen is the least bother, Although not as sensitive as the capacitive model. Who want to check hardware characteristics of the JXD S5110 or other portable videogames JXD can follow the links below, the play Banggood:

Other videogames of JXD – http://www.banggood.com/buy/jxd.html