Since I received the Tablet V975w, that can be purchased in DealExtreme, I noticed some problems with Bluetooth. Successive disconnections and faults on my way back from stand-by. From what I understand, the only way to solve the problem was a Bios update. That same! BIOS! As this is a tablet with Windows 8.1 is there a Bios system similar to any other desktop computer. I read on a website that you could even enter the Bios and change settings, and that was enough to press F7 during boot. 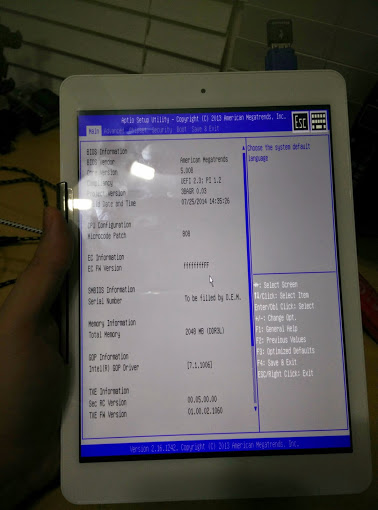 But as press F7 if is a tablet without keyboard? Now, just put a keyboard using a OTG USB adapter. You can change the boot settings, of cpu, memory, video card and basically anything that exists in a common computer Bios. 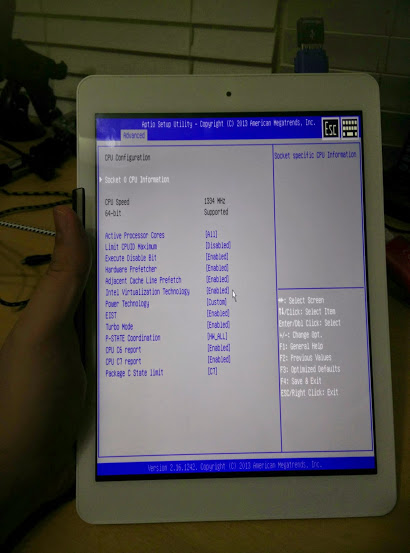 That's good, discovered that the tablet really has a Bios, left to figure out which was the version I was using and if it needed to update. Mine was of 25/07/2014 and the new version of manufacturer's website was of 19/09/2014. So an update was really necessary. To show the Bios version, In addition to other information, You can use the msinfo32.exe program of windows itself, as shown below: 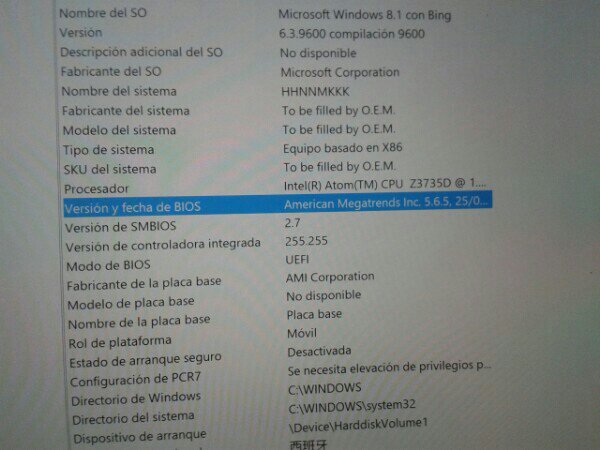 The manufacturer's website is ALL in CHINESE, but it turns out easy with Google Translate to the third tab and in the second sub tab you can download the Bios update package 19/09/2015. There are two files, a for versions V1 and V2 tablets and another for version V3. To find the version of my I had to see the serial number on the back of the device. As the mine came written V1 in the middle of the serial number I found that my version was V1. Anyone who wants to can download the update from the V1/V2 at this link and for the V3 at this link. 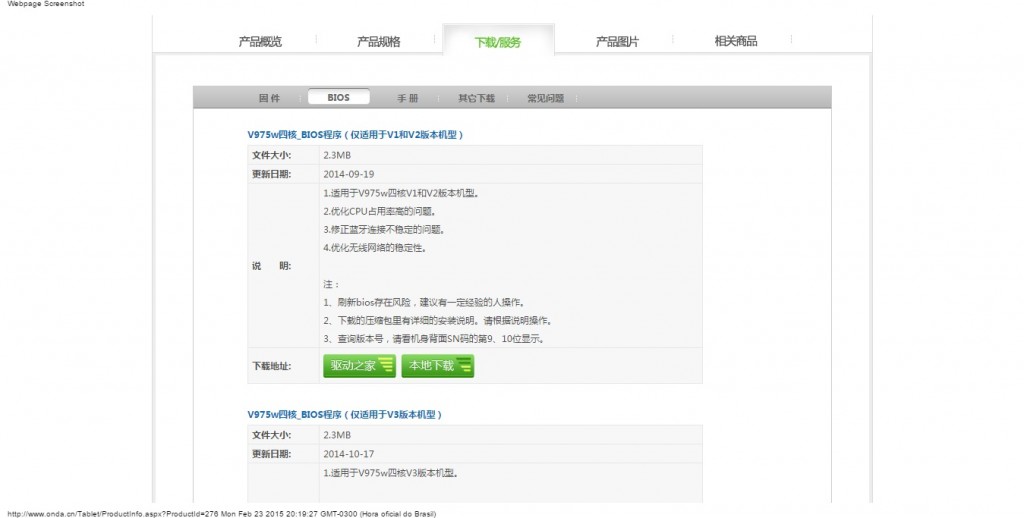 Low-if so the correct bios update package where there are 5 files. One of them contains instructions, but is entirely in Chinese and I couldn't even translate. There remained then run the command-line 双击安装.cmd file, that makes the update as shown in the picture below: 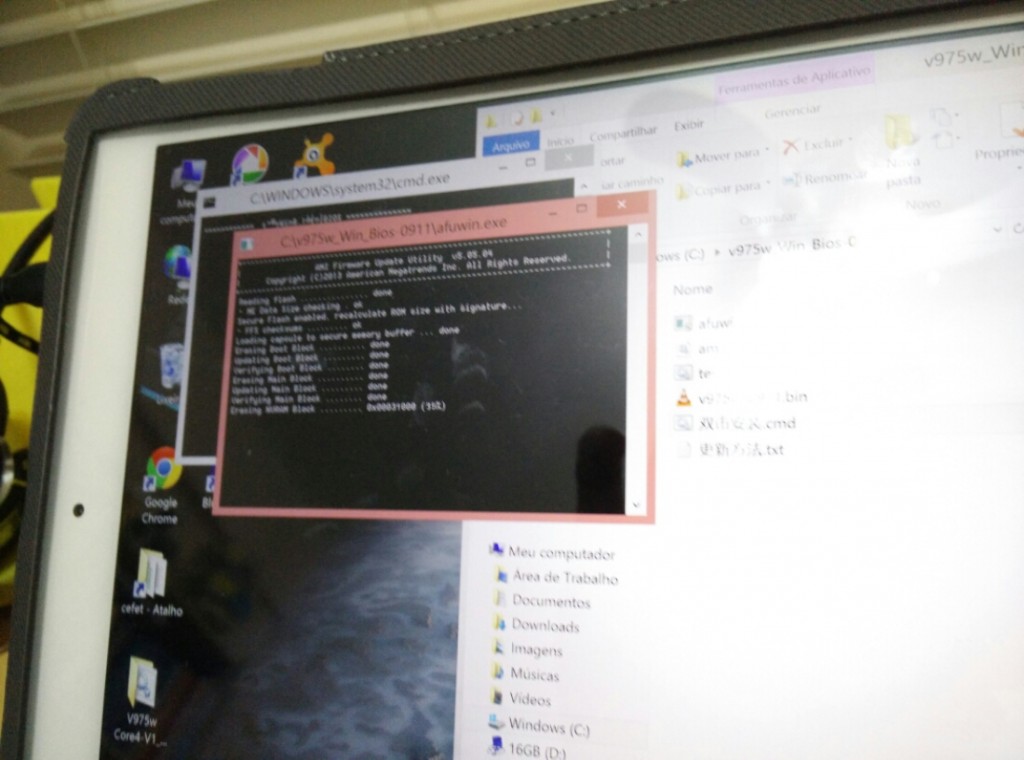 It takes about five minutes, and in the end the tablet reboota. 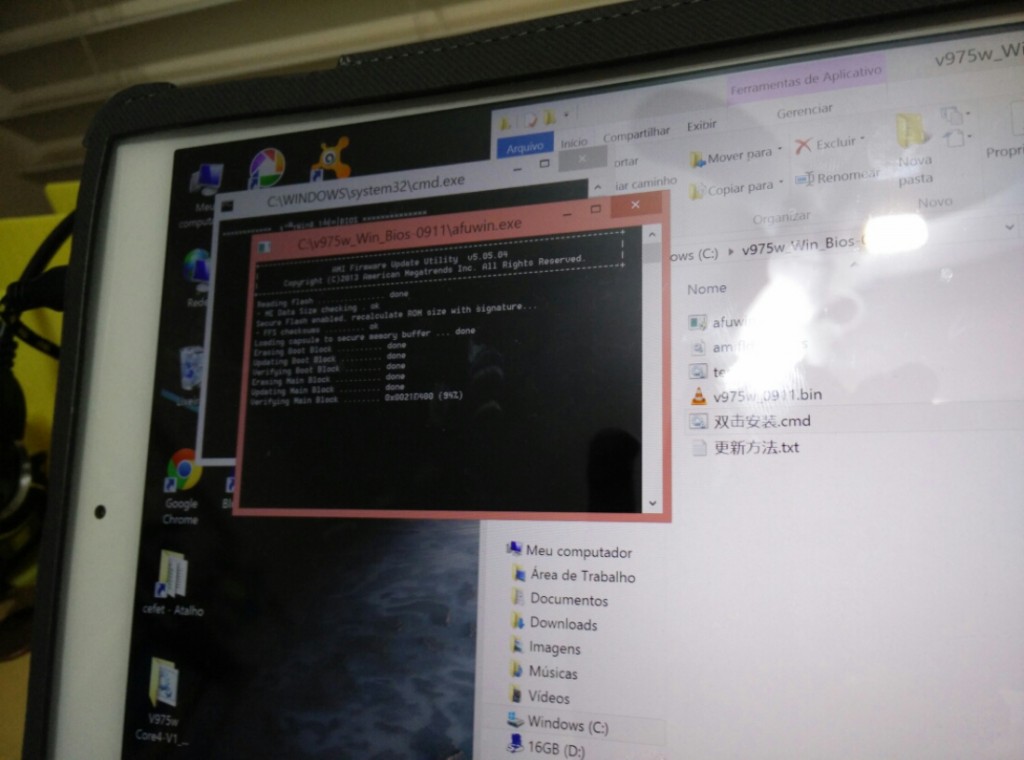 Before you reboot the tablet gives this message. I even thought that would be a fault, but it worked. 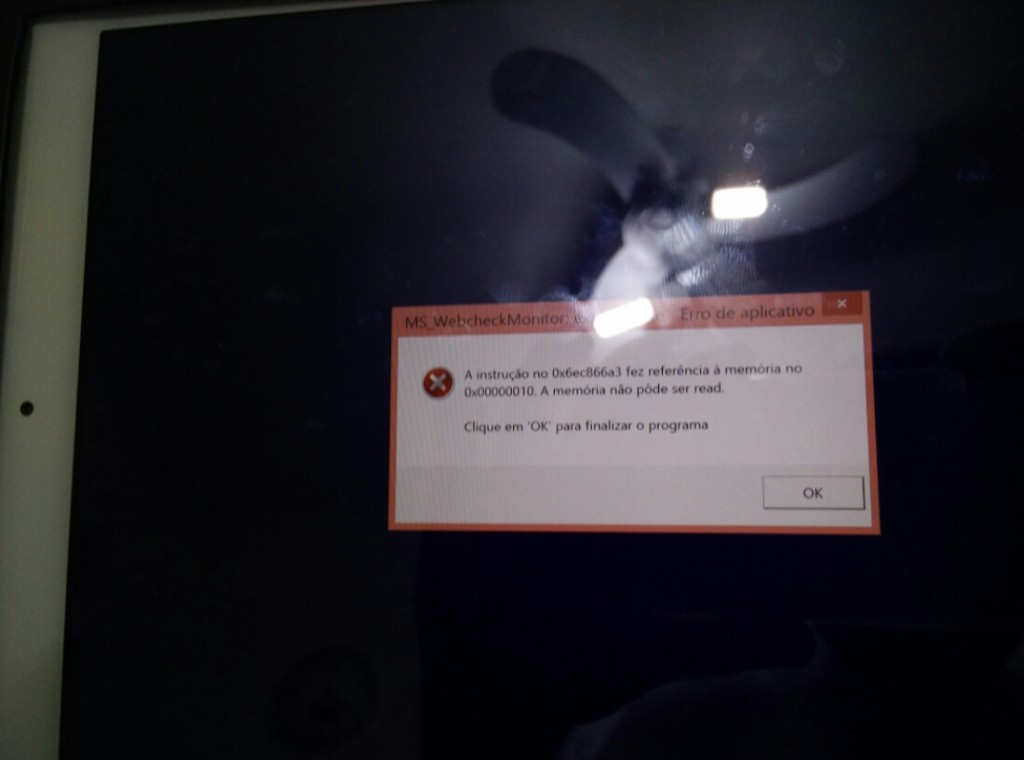 I checked with the msinfo32 and the bios really has been updated. Tablet startup appears a point in the center bottom of the screen before the windows loading, but that, Although strange, does not affect at all the functionality.

The problems with Bluetooth and WiFi are over and the tablet is much better, fast and reliable. I used to install all new drivers is also available on the manufacturer's page, on Wednesday sub tab instead of the second where is the Bios. Anyone who wants to can download the drivers at this link.

To install the drivers there is a CMD file called Power-Install-All. Gives a certain fear, but it worked perfectly. You must run this file as administrator.

I leave below links to the page from the manufacturer and buy this great tablet in DealExtreme: