The gift from my mother-in-law turned Christmas post on my Blog! Is the micro system with DVD Philips MCD135. 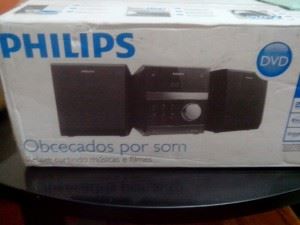 Purchased here in Brazil but made in China, not to lose the sense of the Blog! 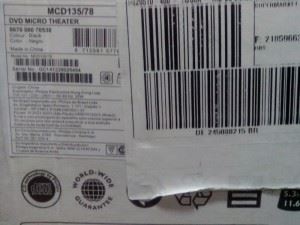 Although this is not a blog to do “unboxing”, This is a post where I shot from the box and turn on the equipment. All well, This is a “unboxing”! 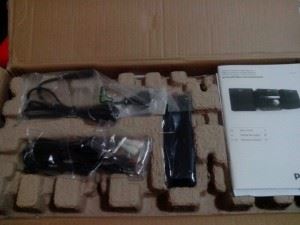 The appliance is well accommodated in the box. Two speakers and the micro system itself. 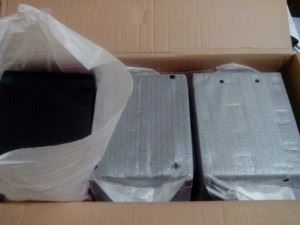 There is also a USB and a cable Extender p2-p2 to connect auxiliary. So that the Extender I'm still trying to figure. 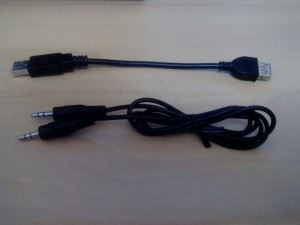 The micro system already connected is shown down there. Very cute and good quality of material. Our Chinese are better than others? 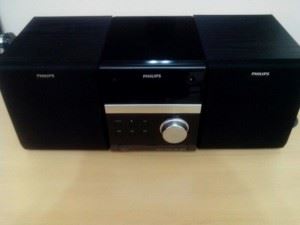 Only eight buttons and a volume. Follows the line of the simplicity of the present day. 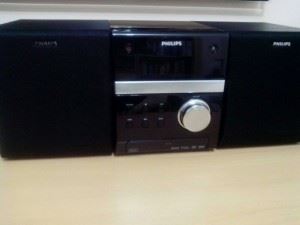 The boxes can be placed at a distance from the appliance, but I still think more beautiful together. 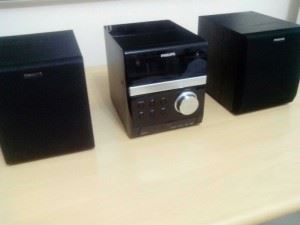 This is the front of the unit, that's about a foot tall. 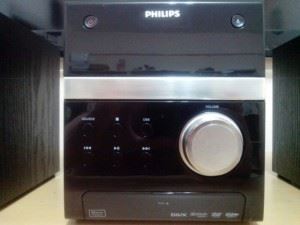 On the back we have the speaker outputs and six connectors for video and audio. Yes! This is a DVD player, IE there are composite and component video output to a TV. 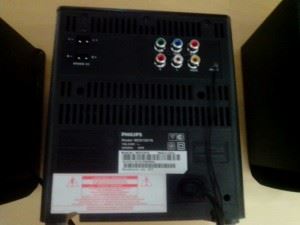 Down there we have composite video outputs, luminance and chroma components. In addition to the audio left and right outputs. The FM antenna is not a connector, comes straight from inside the equipment. That is ugly! 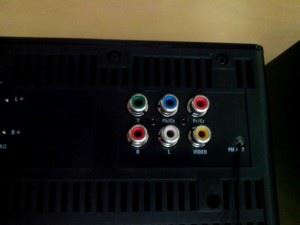 The speaker connectors are plastic and no fit perfectly. Point for Philips in not using tinned wire and those ancient spring fittings. 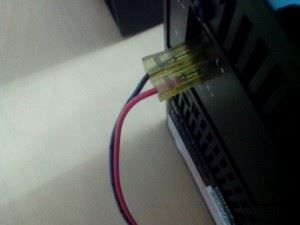 So you call appears “no disc”. Disc? What is this? Oh, Yes! There's still people, as my mother-in-law, using DVD and CD! 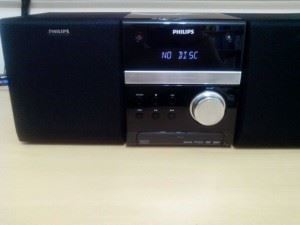 Be sure to turn the unit on TV. The interface of the equipment is very simple, but in the names of songs or videos only appear in the video for your tv.

If you do not put anything in the USB or no disk the screen is as below, Blue with clouds. 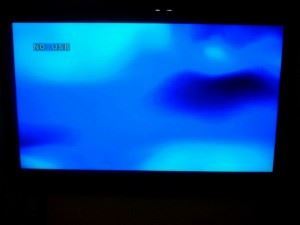 Speaking of which, There is a remote control that is required to access all functions of the micro system. The physical buttons on the front of the equipment does not give access to everything. There is the control: 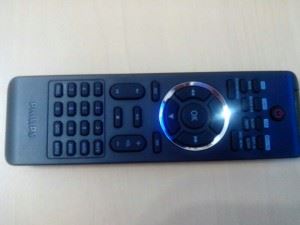 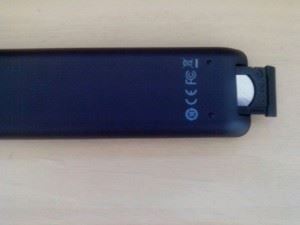 There is a USB port for Flash drive at the bottom of the equipment, just open a little door. When a pendrive is connected, the video shows the directory tree while the equipment display shows only the number of the song and the play time. 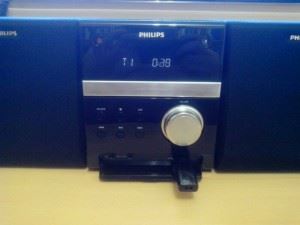 On the disk you can tell it's kinda ugly, but it works. There is also the option to view pictures or videos on Flash drive. I tried to put an external HD to see if it worked, without success… 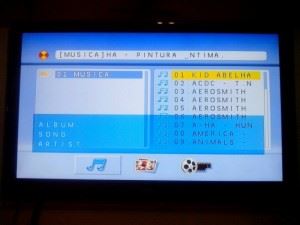 There is a setup also to change settings: time of slide show for pictures, screen saver, background music for the slideshow and other options. I noticed that the menu came configured to English but there is option to put it in Portuguese. 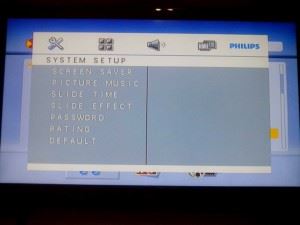 Maybe the equipment has been configured in English as there are several problems in translation, especially with the accent. Look what happened with “classification”: 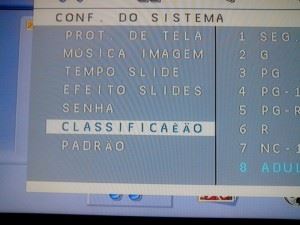 Besides, someone didn't know the difference between Spanish and Portuguese! Let's Dance la canción! 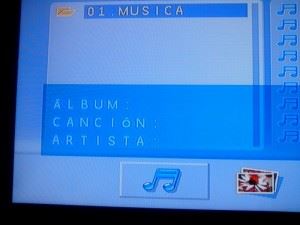 Pressing eject have the incredible technology of the 90: optical compact discs. The manual says that reads CD, DVD, SVCD and VCD. All that no longer exists… 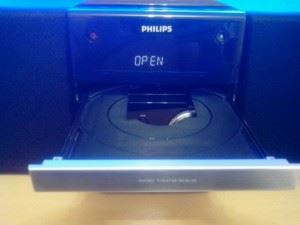 I put a DVD-R old with AVIs recorded the series That 70 's show. Nothing more appropriate! Worked normally. 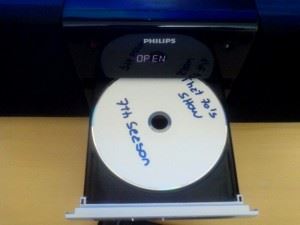 Also tested play this same AVI via pendrive, and not surprisingly, It worked.

Didn't work nor FLV MKV. Also don't expect very high quality whereas the output is composite video, IE, SD. There is a component output and perhaps that improve the image a little. Not tested. 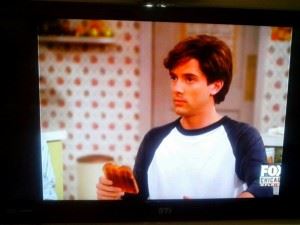 It seems to me a good equipment, a micro system with a bonus video output. Too bad we don't have a HDMI and play MKV and HD videos. That would endear so much the appliance?

But it's still the best way to have a good sound at home. Buy a micro system in China that comes in a box of 10 pounds is crazy! At least for now!