I bought this GPS foston to watch digital TV or videos in traffic jam, and also avoid that I miss. Is a reasonable product. 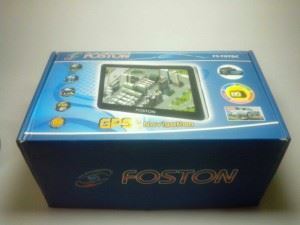 Has 7 inches and looks like a tablet. But it just seems. It works with windows CE being quite hard to put him any different software. Is to use as GPS even. 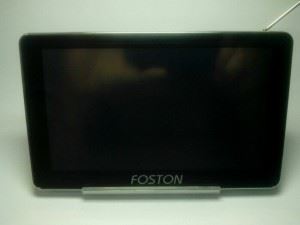 The Foston is a Chinese brand that sells in Brazil, being its products generally good quality. The equipment is good, but the firmware is not the best. Despite that there is support for 1-SEG digital TV, Bluetooth and FM transmitter. 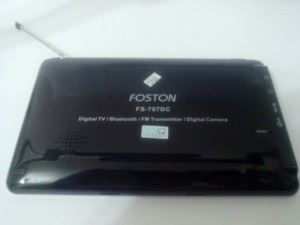 On the side there is a SD card input, an input and audio and video to the camera backwards (included) and a headphone jack output. 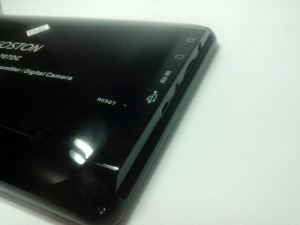 As the touchscreen is resistive (and logically bad enough), There is a pen that is included to improve contact with the screen. 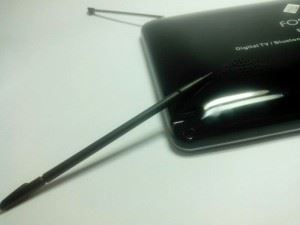 Calling the GPS will appear this picture. Is booting windows CE. 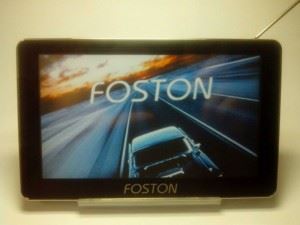 Then, the main menu will be this. Clicking will open TV digital TV tuning. 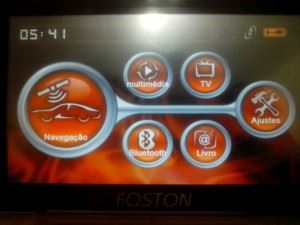 The TV reception works correctly. I was able to receive all channels. A very serious defect is that the internal speaker is very low even at the most. The car is very hard to hear the noise of the engine. 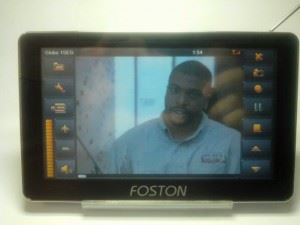 Another flaw is that the 1-SEG digital TV was not meant to be viewed on a screen so big. You can see a few problems in some scenes. 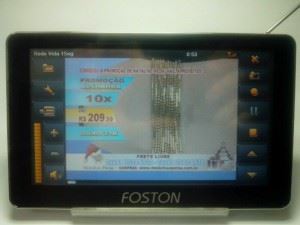 There is a multimedia player that plays AVI and MP4. Not very good, I had to convert the videos that I wanted to watch, they were 720×480 for 320×240. Videos with a resolution greater than 240 do not play properly in the player. Apparently it is a CPU problem. There is no what to do. 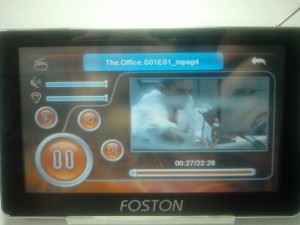 I put in a 8 GB card five seasons of “The Office” to watch if I'm stuck in traffic. To correct the defect in the speaker I converted the videos giving 6dB of gain on audio. Much better. 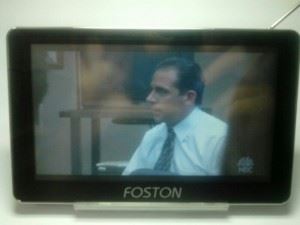 There is a bluetooth menu that allows you to answer calls from your phone to the GPS. Considering how bad the quality of the speaker I think unlikely that this will provide. 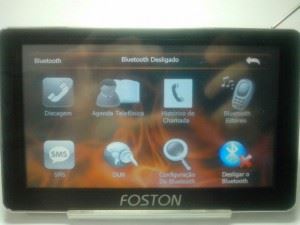 Speaking of GPS, the software version of maps is the iGO 8.3. Works fine but is a little ugly.

To put other software is easy: Download the package from another map application for windows CE and transfer it to the memory card. Then click on “origin of navigation” and change the default program for maps pointing to the new software package executable. I installed the iGo and iGo Primo. I liked Friend. See that the origin of my GPS navigation is to “FRIEND. EXE”. 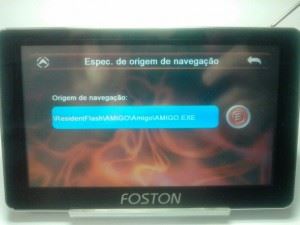 This one below is the SYGIC, Another ugly navigation software, but efficient, that also came installed in the internal memory of the GPS. 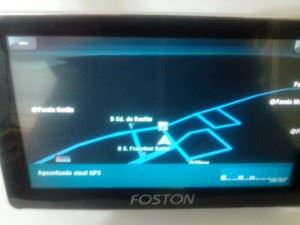 This is the default, the iGO 8.3. It has a simple Interface and few resources. 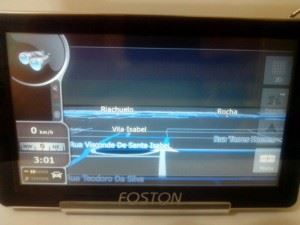 This is the iGO Amigo, I recommend. Much better and faster than the Cousin version. Easy to use and with information in clearly legible screen. Don't forget to turn off the 3D buildings as it leaves the GPS well slower in rendering of the map. 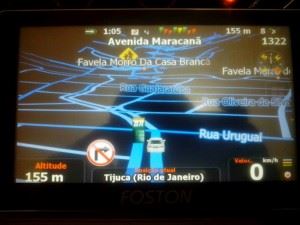 This is the screen address and local search. I used the other day to go Shopping da Gávea. 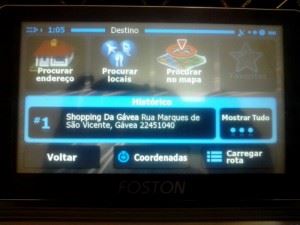 The GPS comes with a lot of accessories. Most of them to connect to the camera backwards. 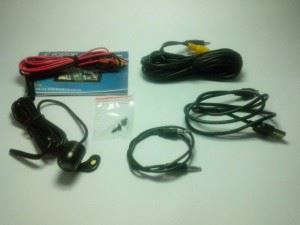 There she is. If correctly installed and connected to the power supply of the taillight, This camera will show the back of your car only when you engage the reverse gear. Very interesting, but the problem is that my car would require installation make a hole in the bumper. Something that I don't think it's a good idea. 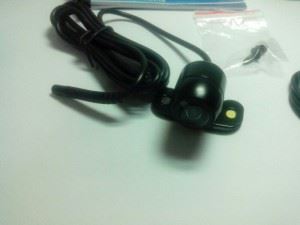 Comes a huge video cable to connect the camera. Makes sense, have to come from the rear bumper to the front of the driver. 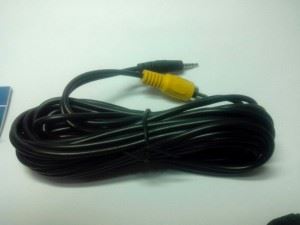 There is also a power cable from the camera to connect to the taillight. Second told me the installer, Once you feed the camera, the GPS goes on to show the video from the back of your car, helping the manoeuvring. 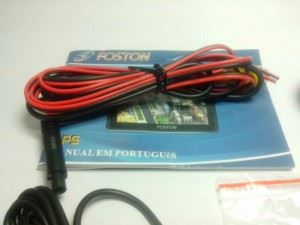 Is a good GPS, but it would be better that swivels Android to update maps and would also be a good option if you have capacitive touchscreen. The defect of the speaker is pretty bad and I think in the future I will finish opening to see if I can improve it. I tried to also use the FM transmitter but the audio was worse and noisier.

Taking the small defects still found a good buy. A diversion for tedious typical of gridlock Rio de Janeiro. Bought in Brazil even using the site www.boadica.com. In the future I will take courage to buy a GPS with android in China. Are very expensive!