Also read!
Home / Android / How to take pictures on the go with mobile

How to take pictures on the go with mobile

Take pictures on the go using the phone is really a difficult task. To do this a professional camera uses a high refresh rate, IE, does the capture in very little time for the movement to change the picture.

The problem is that the phone does not have a great lens and the intensity of light hitting the sensor is already too low. In other words, the signal that reaches the CCD cell is usually small, and make a quick capture will result in a dark picture and bad.

In this way, as the capture time of cell phone is something close to a second, all photos captured in movement will be like this, as shown below: 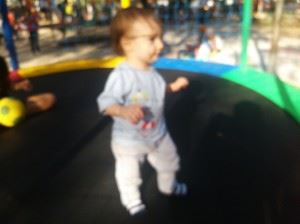 Parents of small children know this defect very well. You can't have baby pose, they just walk like crazy. The only solution I found so far is to use the capture system in sequence present on most cameras Android. This option will take a lot of pictures in a row with the hope that one of them be good.

For that, just press and hold the capture button. The camera application will show the number of pictures taken. It will be like a video, but the store is done photo photo. 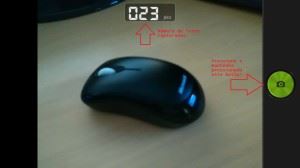 Then just go on photo gallery and choose the best photos taken, Maybe a time where no motion capture. With 100 photos taken in sequence, It is quite possible that at least one of them is good. 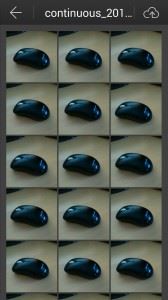 But prepare a good space on your memory card, because each sequence of 100 pictures occupies about 200 to 300 MB. It's easy to fill a 16 GB card except a lot of sequences of images in this way. 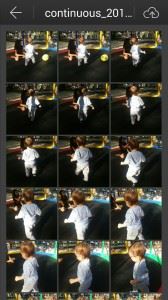 This sequence below I took in one of these toys that go up and down at the Mall. In addition to the moving toy, still has the baby not moving. Only a professional camera will take a picture good, but the mobile phone can get at least a decent capture this sequence system. 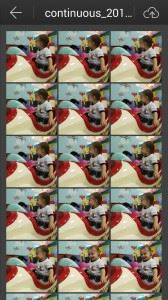 As a result of 100 photos on Pogo stick at least 20 pictures were very good. The baby kept a second! 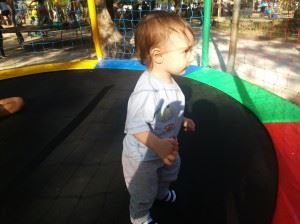 Another interesting thing, for those who use Google Plus to back up your photos, is that Google's servers will realize the photos in sequence and assemble an interesting video and funny. Check it out: